The parents of CIA vaccinate our children for their own health and safety, as well as the health and safety of our community. Community immunity (also known as “herd immunity”) is achieved when a critical portion of the population has been vaccinated, thereby protecting vulnerable individuals by greatly reducing the risk of an outbreak. Community vaccination rates are a crucial element of public health. In other words, vaccination is not just a personal choice. 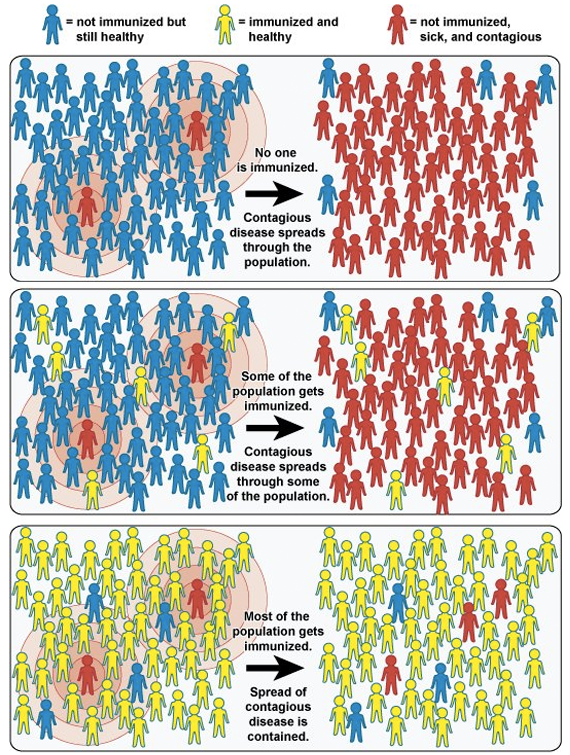 It is more important than ever to insist on evidence-based policy decisions.

When it comes to public health policies that affect over 5 million people across our state, we have a right to insist that decisions are made based on science. Colorado’s lenient exemption policies have resulted in low vaccination rates and an increased risk to public health. For example:
To learn more about Colorado’s vaccine rates, how we compare to other states, and how this affects us, check out this interactive map titled “Child Vaccination Across America.”

​Some people cannot receive some or all vaccines and/or are especially at-risk of vaccine-preventable diseases, such as newborn babies, pregnant women, children and adults who have a chronic illness, and the elderly. Pockets of low vaccination create an environment where infectious disease can take hold and spread, putting all of us -- particularly the most vulnerable in our community -- in danger.

You can read more about why Colorado families vaccinate and why vaccination rates are important to them on our Stories page. You can also visit “Team Vaccine” at CCIC or "Why I Choose" and the Blog at Voices for Vaccines.